4 Types of Automation Frameworks and How to positively Jumpstart your Testing! 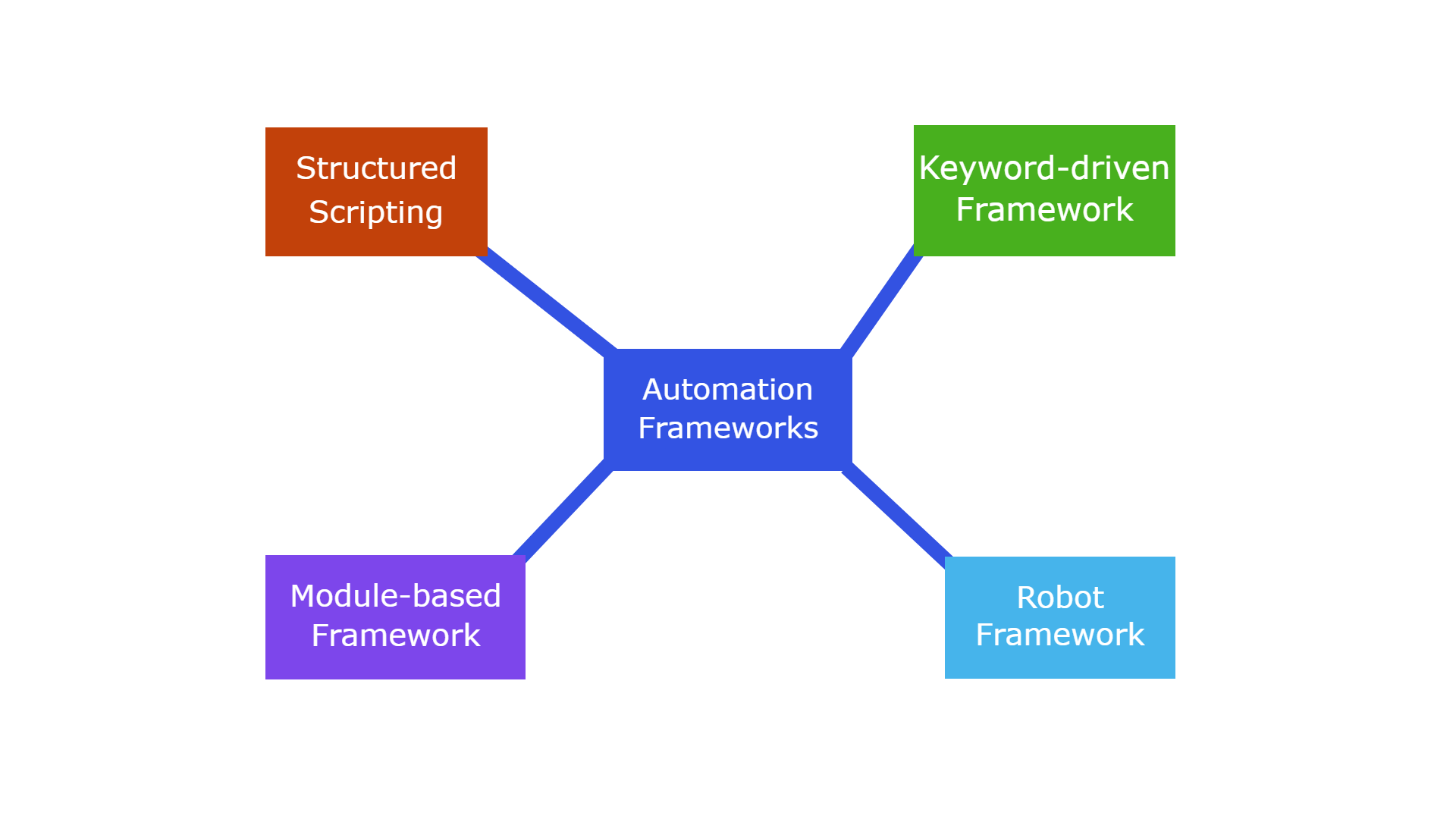 Automation Frameworks are designed to automate the process of developing test cases. They include the required coding data and can be reused many times. They also offer benefits such as lower costs, as developed scripts and test cases can be retained. In addition, these frameworks provide valuable data that can be reused. Automated scripts can be reused for many different purposes, which reduces the cost of development.  Additionally, adding automation to the development lifecycle can speed up delivery of products to market.

The use of structured scripting in an automation framework allows the creation of individual test scripts. In this way, new interactions can be added to automation tests as they are written. In addition, automation scripts can be composed using modules, which create a decoupled architecture. This separation between the application under test and the scripts that generate them ensures that changes to the underlying system components don’t impact the automation scripts.

Another advantage of structured scripting is the reusability of the code. By using a framework, you can reuse automation code in a variety of websites or applications. This means you can save time and money by reducing the amount of code you have to write. However, it does require a higher level of technical expertise to create and maintain automation frameworks.

While using record-and-playback architecture can be the easiest and quickest way to get started with automated testing, the code written in this way is not reusable. If the data in the test scripts changes, the test scripts will need to be updated, and the maintenance of this kind of automation framework is a hassle. Moreover, the code is difficult to scale.

A Keyword-driven automation framework can help you automate the end-to-end flow of your web application. You’ll need to identify all actions in your application and create a keyword map table. This table will define all of the keywords you can use for your automation project. This tool is also easy to use and maintain. Keyword-driven automation frameworks can help you keep your code clean and reused across multiple projects.

Keyword-driven automation frameworks allow you to avoid common bottlenecks that plague traditional test automation. With keyword-driven frameworks, everyone on the team can contribute to the testing process. This approach allows team members who are familiar with the product to write test scripts. Automation experts can implement functions corresponding to the keywords. Moreover, this framework can maintain the mapping of keywords and corresponding functions in an external resource.

Module-based automation frameworks are scalable and make it easy to develop test scripts. They divide the application into small self-contained blocks that are easily tested independently. Each individual test script belongs to an isolated module and is driven by a master driver script. Modules may also be comprised of common function libraries that contain essential methods and procedures.

Automation frameworks provide execution environments for test scripts and have many benefits. However, there are key differences between the different types of frameworks. In particular, a module-based framework divides an application into logically related modules, which prevents changes to one module from affecting the others. As a result, it allows developers to create test cases at low cost, while also enabling reuse of developed scripts.

Library-based automation frameworks are based on the modular approach, but add a few features. These frameworks recognize related jobs within scripts and group them according to common objectives. These routines can be reused by many test scripts, making them highly flexible. Moreover, they are also more cost-effective and easier to maintain.

The Robot Framework is a general-purpose test automation framework that supports acceptance testing and test-driven development. The framework makes use of keyword-driven test data syntax and tabular test data to automate testing. It also provides tools to create, maintain, and debug automation projects. The framework is designed to help developers create automated tests for their applications.

The Robot framework comes with a number of built-in tools for writing tests and logging. It also has the ability to generate HTML reports. However, it is not complete without additional libraries and tools. For example, if your application requires web testing, you will need to use the Selenium2 library, which will allow your robot to mimic the actions of a human user.

The framework also provides an external test library called SeleniumLibrary. This library supports Python version 2.7 and 3.4, and is a necessary prerequisite for Python automation testing.

FTX is a renowned cryptocurrency trading firm, founded by Samuel Bankman-Fried, an American entrepreneur and investor. He is also the

Read More »
December 13, 2022 No Comments
Geoengineering and the negative effects on the climate