What Is Software Architecture? 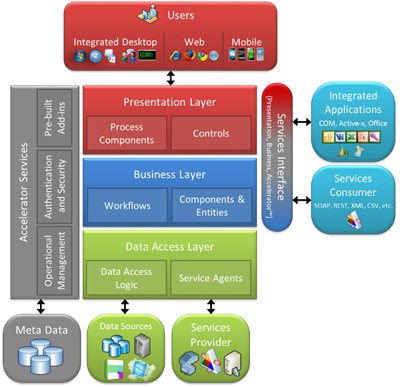 Software Architecture is a process for establishing a system’s identity and guiding technical design. It establishes priorities and context for design and identifies the properties and internal capabilities that users care about. This method of design is at the system level and focuses on solving cross-cutting concerns and resolving trade-offs. It requires a systems perspective to ensure that a system achieves its desired goals.

Object-Oriented software architecture is a programming approach that focuses on a single entity that contains state and behavior. This approach has many benefits, including the ability to hide complex code and protect internet protocols. It also helps programmers to achieve greater flexibility by making programs easier to maintain. It also supports polymorphism, which is the ability to replace one object with a subobject.

Object-oriented computer languages have also made it possible to define a more productive computational environment for scientific programming. These languages are more closely related to the mathematics of physics than traditional programming languages. They provide classes for common mathematical objects, such as partial differential equations, integral equations, boundary conditions, discretization methods, and more.

In a traditional software architecture, objects and methods are tightly coupled. An object is created from a class, which defines its basic attributes and methods. The object is then given a name and copies its attributes from the class. This process of creating objects from a class is called instantiation. The result of this process is a hierarchy of objects that are related to one another. The relationships between objects of the same class are known as associations.

A layered architecture is a common practice among software developers. It is a structured approach to building applications that helps to make the software more manageable and easy to change. Each layer is responsible for a specific task and depends on each other for its functionality. This approach increases the agility of the project and increases its value to the business.

A typical banking application uses a layered software architecture. It has different layers for presentation, business, and persistence. It also has different pages for user interaction. Each layer collects user input and processes it in another layer. The result is then presented to the user as an output. If the user is not satisfied with the output, the process is repeated. Another common application of layered software architecture is project management software. Its product is sold worldwide under a pay-per-use model and has a user interface that works across a variety of devices.

The traditional layered software architecture has three to four layers. The presentation layer is responsible for the look and feel of the application and controls the user interface. The business logic layer handles the business logic and handles validation and business processes.

The Client-Server Style is one of the most common architectural styles in network-based applications. In this style, a client component sends a request to a server, which performs the requested task and then returns a response to the client. While this approach has many advantages, it can also be quite costly and hard to maintain.

Client-Server Style in software architecture is often the best choice for smaller applications. Clients are generally small, personal computers, while servers are generally larger machines. This type of architecture is especially useful for tasks that are routine, such as data processing in hospitals. A client computer receives patient information, while a server computer manages the database.

Event-driven Software Architecture is an approach to developing applications that are loosely coupled. The concept is based on the idea of an event producer, who senses a fact and represents it in the form of an event message. These events can originate from a variety of sources, such as a monitoring agent, an E-commerce system, or even a physical sensor.

An event-driven architecture is critical in many situations. It enables systems and people to exchange their status in real-time. It’s especially useful when existing business rules, triggers, and stored procedures are surfaced, and made available to an event processor. It also simplifies data management. For example, when a computer identifies a sensor, it can send the data to a database or other system that can process it.

The Liskov substitution principle is a key principle in software architecture. It states that derived classes should not interfere with the functionality of their parents. Otherwise, the new classes might cause unwanted effects in existing program modules. This principle was first formulated in 1988 in a keynote address to the ACM SIGPLAN Notices , issue 23.

Implementing the Liskov Substitution Principle is relatively easy, but some developers are hesitant to implement it in their code. Many developers are wary of changing the inheritance hierarchy. However, it is possible to do so with code reviews and test cases. This will help ensure that the code adheres to the principle.

The Liskov Substitution Principle is simple to understand, but the implications can be significant. Violations of the principle can lead to bugs, which lead to rework and wasted time. In particular, it is important to follow this principle when developing code with supertype-subtype relationships. For example, all methods in a base class must implement those of their superclass, and no methods should throw NotImplementedExceptions.

During code reviews, developers should pay special attention to Liskov Substitution Principle violations. These include code that throws “not implemented” exceptions or hides virtual methods. The Liskov Substitution Principle helps developers reduce the coupling between classes and make code more reusable. By avoiding such violations, developers can avoid the problems associated with dependency injection and can make their code easier to maintain. This principle is also useful for improving code reusability and improving code’s usability.

Liskov substitution principle is one of the most important principles in software architecture. By implementing the principle, developers can build applications that are decoupled from their clients and create reusable components. The principle is based on the idea of contract. Moreover, a class can only be an instance of another class if its interfaces can be replaced.