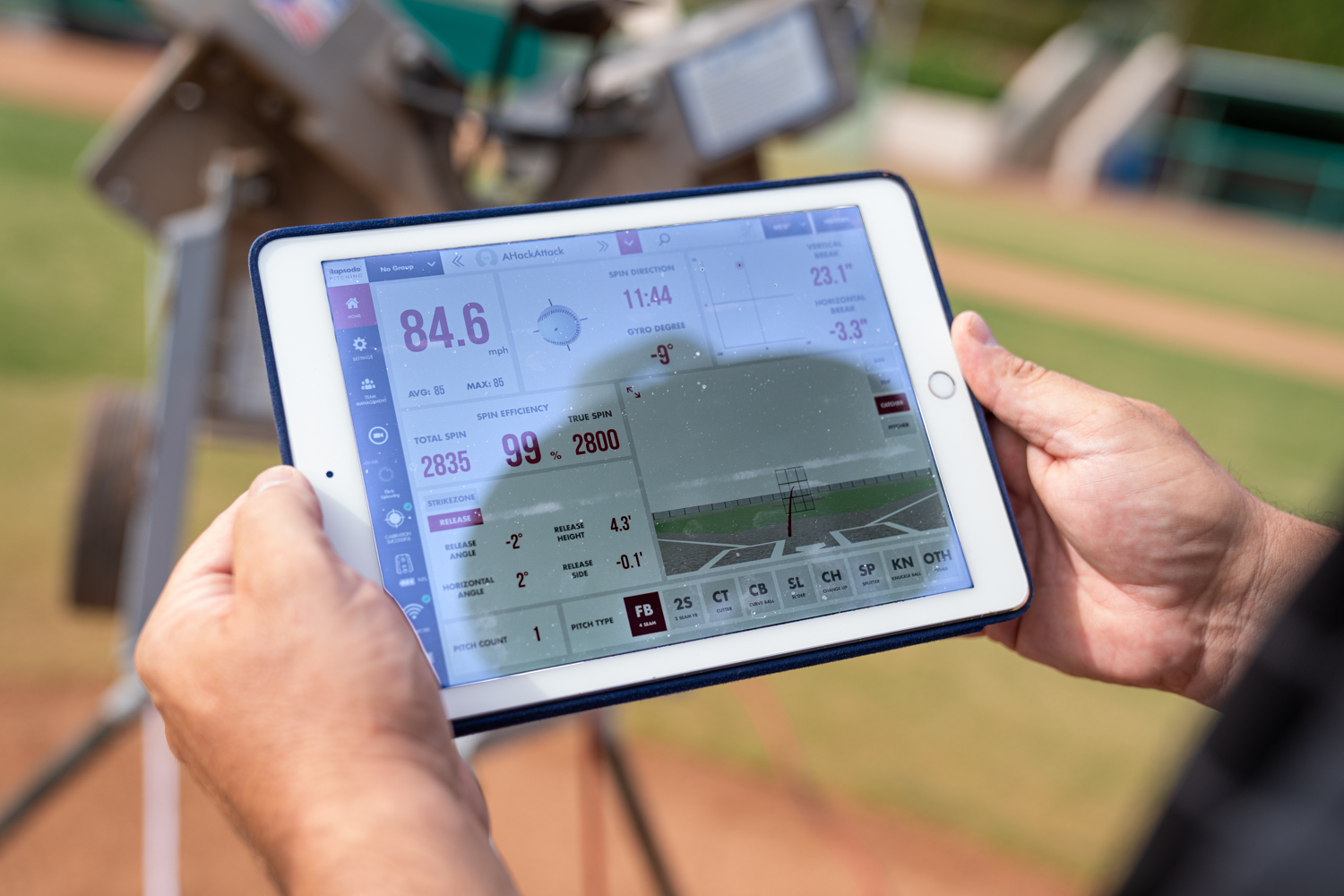 Baseball analytics, or baseball statistics, is a field of study that uses objective evidence to determine the best players and teams. They evaluate players in every aspect of the game. The measurements used are usually expressed in terms of runs scored and team wins. They replace older methods, which were considered ineffective. These methods also include batting performance, which is measured using a weighted on-base average, secondary average, and equivalent average.

The power of StatCast Baseball analytics is now available to the entire baseball world. The data it contains is used by broadcasters, content creators, and MLB itself to derive meaningful insights about games. This allows them to craft relevant storylines and add context to the games they broadcast.

The statcast tracking technology, installed in 2015, allows baseball teams to capture all data related to players and balls during play. Players’ bat speed, ball movement, and home run distance can all be measured with this data. It can help baseball fans understand how their team will perform in the coming weeks and months.

Statcast’s data can be ingested into cloud storage for processing and visualization. The data is stored on a server in Google Cloud. It is stored in BigQuery, which provides a scalable data platform. The data can be stored in structured or unstructured formats. Baseball teams can also maintain nested data objects with the help of Delta, which enables them to manage data in a structured way.

MLB has taken advantage of the StatCast data in recent seasons to analyze home run surges. In previous years, this data did not carry the same meaning as it does now. The data allowed MLB to attribute the 2019 home run surge to factors other than baseball. While this data is more meaningful than it was when it was first released, it is still misleading. This is a result of the “capture everything” technology used by MLB, which ignores outside findings.

FanGraphs is a website that provides baseball analytics for fans. Its database is powered by the open source MariaDB database and is hosted on Google Cloud Platform. Previously, the company used MySQL, but is now using MariaDB Sky, a cloud service provided by MariaDB. However, the site has recently faced several setbacks.

While FanGraphs is not the original sabermetrics website, it is considered one of the leaders in this field. Started by David Appleman in 2005, the site has led the way in pushing the analytical discourse. Many of its contributors have since gone on to work for teams and the MLBPA.

The website has a wide range of baseball statistics and offers fantasy and contemporary analysis. The database includes statistics developed in-house, including Wins Above Replacement and PECOTA projection systems. Some of its content is behind a paywall, but much of it is available for free. In addition to this, there is an extensive database of player information on the site.

In addition to its offensive stats, FanGraphs also offers defensive metrics. The DRS metric is very similar to UZR, but is calculated differently. You can read a comparison between the two metrics by visiting Athletics Nation.

The Hawkeye camera has the ability to detect movement beyond the Magnus force in baseball pitches. It does so by directly measuring the spin axis and comparing it to the movement axis. Any difference means non-Magnus movement. For example, sinkers tend to have more arm-side movement than fastballs. By analyzing the differences, a pitcher can be alerted to pitch types that are unlikely to produce a Magnus force.

In addition to ball tracking, the Hawkeye camera is capable of measuring spin rate and player location. Unfortunately, it cannot measure a player’s swing path, a critical element of baseball analytics. But the technology is not yet widely available for MLB games. While bat sensors are allowed in minor league games, they are still restricted to batting practice in the big leagues.

Since Heller took over the Hawkeyes’ baseball program in 2013, the program has made great use of technology and equipment. In addition to Hawkeye-developed software, the team has acquired TrackMan technology from a company that provides data on pitch spin, movement, exit velocity, and angle off the bat.

The Hawk-Eye platform is also integrated with MLB’s infrastructure. The software transmits data to a PostgreSQL database and the Stats API application. In addition, multiple video feeds are saved in Google Cloud Storage.

Base on balls percentage

On-Base Percentage (OBP) is a baseball statistic that measures the percentage of balls a player hits on base. It is one of the most important statistics, as a team only gets 27 outs per game. A player with a high OBP will avoid getting struck out and reach base at a high rate, extending games. It is important to note that it does not account for catcher’s interference and sacrifice bunts.

Historically, base on balls have been easier to dismiss than their actual value. Determining the value of a base hit requires a great deal of thought and work. But, with the evolution of the game and the growth of statistics, wildness has diminished. It has not disappeared completely, but is less prevalent each year. It is no longer the most important factor when determining an on-base percentage.

A player’s BABIP is calculated by dividing his batting average by the number of balls he hits that enter the field of play. These balls are excluded from the total number of strikeouts, home runs, and walk-offs. By dividing his BABIP by his total at bats, BABIP gives you a better idea of how good a pitcher is.

Another important baseball statistic is the slugging percentage. While the old version failed to take into account sacrifice flies, the new version includes these factors.

The swinging strike rate, also known as SwStr%, is a key part of a pitcher’s performance. It relates to the number of strikeouts a pitcher gets on balls in play. In baseball, the average is 11.2 percent. However, a pitcher’s rate is also affected by their control, and some pitchers have more swinging strikes than others.

Batters with strong plate discipline recognize strikes and balls and lay off pitches outside the strike zone. These players are more likely to make contact with a strike, and the quality of the contact will also be higher. Therefore, swinging strike% in baseball is a good way to measure plate discipline. It accounts for the batter’s eye for the strike zone and their contact ability.

Swinging strike rate can be a valuable tool for fantasy baseball owners. While it is not a perfect measure of a player’s talent, it can help you determine whether he is a good fit for your team. If you’re in the market for a pitcher, a high-swinging strike rate might be a good sign.

Although baseball umpires can’t say for sure when a swing becomes a strike, players ask umpires to call swings in almost every game. In fact, the umpire’s call can often decide the outcome of an at-bat.

Defensive runs saved is one of the metrics that has been studied by baseball analytics researchers. It is a metric that takes batted balls into account and translates this data into a number that measures defensive effectiveness by position. In other words, defensive runs saved is the difference between the number of runs an outfielder prevents and the number of runs he allows. This metric was developed by John Dewan, who specializes in defensive evaluations. He created the Zone Rating at STATS and has since developed the Plus/Minus System, which rates a fielder’s ability to make a play on a batted ball that is hit into his zone.

The organization that compiled this data compiles defensive statistics on players for each season, and has released the numbers as an online resource. This data is also available in the book The Fielding Bible. Compared to previous defensive data, this stat is much more accurate and robust. However, it is still a work in progress.

While DRS is a great way to track defensive performance, there are a few downsides to it. For one, it does not take into account defensive positioning and shifts. For example, a third baseman might make a Chris Davis-type shift to second base, and if he makes the play, he’ll be charged -.25 times.76 runs saved.