9 ways baseball technology changed the game – The 4D Motion is the best!! 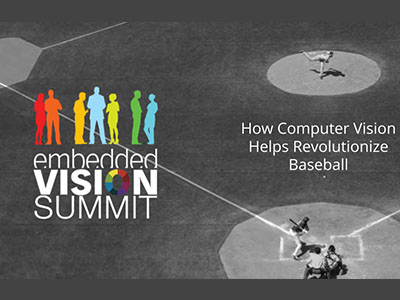 The great American pastime has seen it’s share of changes, here are 9 ways baseball technology has changed the game for better or worse.

Virtual reality is changing the game of baseball in many ways. The baseball technology allows players to experience virtual reality pitches without having to go to a field to see them in person. It also helps players identify different pitches and attacks and make better hitting decisions at the plate. It has many other benefits as well, including enabling players to improve their overall mentality.

Baseball has been known as the game of inches for generations, but recent advances in video technology have changed the game. Now, players can see pitching motions in real time and analyze their body mechanics in a way that was previously impossible. This baseball technology allows players to analyze pitching motions and swings in a way that fans could never have imagined.

VR is also changing the way baseball fans watch the game. Major League Baseball’s Advanced Media, which produces its league TV channel, has pioneered VR technology. It also partners with the NHL and HBO to create VR content. VR has opened up baseball to new audiences, and MLBAM has been developing and promoting VR experiences to engage with fans. This winter, MLBAM is launching a VR game that allows viewers to view the game in a new way.

If you are a baseball fan, you’ve probably heard about Edgertronic high-speed cameras. These cameras have revolutionized baseball and many pitchers are benefiting from their use. The equipment costs more than $5,000, but it is well worth the investment.

The baseball technology can be used for both pitching and hitting mechanics. It also allows pitchers to learn about different pitches and different spin rates. Some teams are beginning to make their pitch development more efficient with these new tools, like the Houston Astros, who used the cameras for pitch development during the 2017 World Series run.

In 2016, the Houston Astros decided to use the Edgertronic high-speed cameras to improve their pitch development. The high-speed cameras can show a pitcher’s grip and movements during the release of a pitch, helping him develop his pitch. The cameras can even help develop new pitches or custom-build them from scratch.

The CBS chalkboard is changing the way baseball is viewed on television. In 1990, CBS became Major League Baseball’s national over-the-air television provider and brought with it new telestration technology. The Basecam, which featured a lipstick-sized camera inside first base, was replaced with the chalkboard.

With the help of Pocket Radar, baseball coaches can measure a pitcher’s velocity with great accuracy. The company’s baseball technology is affordable, easy to use, and very accurate. Coaches and players can discuss the results and make changes accordingly. The baseball technology also helps them understand the impact of adjustments made to their game. One local high school baseball coach recently won a state championship using the Pocket Radar to evaluate pitchers.

The Pocket Radar was first launched in 2010 and has been used by Al Roker on television. Though the product initially did not sell well, the company is constantly learning how to reach its target audience and improve its baseball technology. Goody is a tech champion and believes that his company will be one of the next big companies in the sports tech industry.

The Pocket Radar Ball Coach is small and light, and weighs about four and a half ounces (with batteries installed). It is about the size of an average smart phone and fits in a pocket. It is capable of giving 2,000 accurate readings and is affordable for amateurs and players of all levels.

The SwingTracker app captures the swing metrics with over 11 thousand data points per second. This enables users to see the swing dynamics in real-time animation or video. The app helps to determine body movements that are part of the swing and compare it with other swings. The app also includes live customer support.

The swing tracker’s data is used to improve performance by comparing swing data to peers and integrating STEM education. The data from a swing is collected by a Diamond Kinetics team that works closely with college baseball players. This team provides a customized swing analysis and feedback to all users, enabling them to become better baseball players.

In addition to the swing tracker’s data, this app includes video and pitch recognition software to help hitters improve their swing. The video synchronizes with the metrics recorded by the device. The SwingTracker App can be purchased from Diamond Kinetics or from Amazon. The company also offers a special $10 discount if you use a coupon code.

The baseball technology is portable and allows for an in-depth analysis of the throwing motion. By measuring the center of pressure and the kinematic sequence of the body, athletes can improve their accuracy and maximize their velocity. The technology also allows for the analysis of players’ biomechanics. A smartphone application known as Mustard allows players to see their mechanics and get coaching recommendations. Another application, ProPlayAI, a machine-learning system, analyzes slow-motion videos of players and analyzes their biomechanics. This algorithm has a 10% margin of error and has been trained on the Driveline Baseball biomechanics database.

The Rapsodo is another baseball technology that utilizes a camera and radar to measure the velocity of a baseball pitch. The technology also measures the spin axis and spin efficiency, which can help improve the design of pitches. It also produces a RapScore for each player, making the scouting process more efficient.

The MKE-2 is an ultra-compact, rugged subminiature lavalier microphone with an omnidirectional polar pattern and superior audio fidelity. It is widely used in broadcast and field audio engineering, and by presenters and theater performers alike. It is also extremely easy to conceal, as it has a very small profile and resists contact noise and rustling noise when hidden under clothing.

The MKE-2 Gold is a sub-miniature omnidirectional lavalier that’s perfect for broadcast and theatrical productions. It features an extremely accurate frequency response and a thin, low-mass diaphragm. It is easy to use and features a built-in digital mixer that enables easy mixing with other audio sources. The MKE-2 also comes with two sound inlet caps.

In 2019, baseball is fundamentally changing thanks to a tech boom. New high-tech devices are boosting the spin rate of pitches, increasing the number of breaking pitches, and boosting exit velocity. To learn more, read Sports Illustrated’s March 25 issue. It’s available for 94% off the cover price.

The MLB collects around seven terabytes of data per game. A human can’t process all of that data at once, but AI and machine learning technology can. These advanced tools can identify patterns and deliver insights about player performance, defensive shifts, and roster construction. These tools work by pairing past data from players with stats like exit velocity, launch angle, and spin rate, to measure much more than the human eye can.

The baseball technology is changing everything about baseball. Once limited to analytic boiler rooms, it’s now being used by all 30 MLB teams. It’s changing the way players learn, coaches coach, managers manage, and front offices evaluate players. With these tools, teams are winning more games and recovering faster.

The occlusion training technique has improved the vision of baseball players. According to researchers, the technique has helped players to better identify pitches and their locations. In the field, the occlusion method has helped pitchers improve their pitches’ location and speed. However, the process has its critics, and some baseball players have been put off by it.

The occlusion training method works by restricting the blood flow through the limbs. This process induces muscle swelling, which in turn leads to hypertrophy. In order for the technique to be effective, the athlete must be well-trained. The technique is also safe for athletes, although it must be done under the supervision of a professional.