Disruptive Innovation in Low-End Footholds is a Powerful Startup Secret 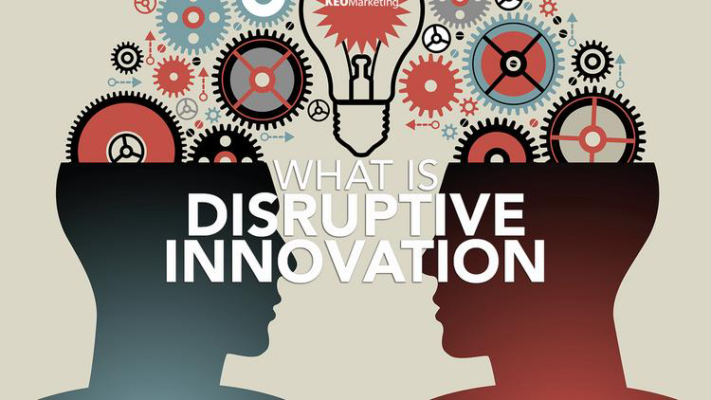 Disruptive innovation usually starts at the low end of a market because incumbents’ offerings tend to be high end and overshoot the demands of the low-end consumers. When the entrants first enter the market, they can only make a profit by offering lower-cost, simpler or more convenient products.

In addition to disrupting traditional industries, disruptive innovation can create new markets by appealing to previously unmet needs. For example, Uber started in the cab industry, but it has now expanded to include the general public. In doing so, it is taking the market by storm. By addressing a widely overlooked need, Uber has reshaped the transportation industry.

The author of the book Disruptive Innovations describes the process as a process that takes the disruptive vector from innovator’s mind to a viable product. Christensen compared this process to a process known as “business model innovation”. Innovators who successfully implement a new business model have a higher likelihood of being able to compete with the incumbents.

Disruptive innovation starts in new markets, either by launching a new product, or by improving a product that already exists. Netflix, for example, started out as a mail-order DVD rental company that aimed to attract movie buffs who didn’t care about the latest releases. In the process, it adapted its business model and offered a low-priced alternative to many movie-loving consumers.

Disruptors create a market that did not previously exist

Disruptors typically take root at the low end of the mainstream value network. Think about how Southwest Airlines took market share away from the major airlines by flying into non-mainstream airports and then competing with them by offering cheaper air travel. Another example is the entry of Korean automakers into the North American market. While these examples did not create new markets, they did take customers away from incumbents who were using higher-end vehicles.

When a disruptive idea or technology enters the market, it creates a new market based on new values. It does this by creating a different cost-to-value trade-off or by producing a sufficient product at a lower price. The result is a low-cost, high-quality foothold market.

In the late 1990s, investors poured billions of dollars into Internet-based companies. However, many of them failed because they failed to sustain their innovative nature. For example, Dell Computer was selling computers by phone and through the mail. This meant that salespeople needed to be highly trained to process and enter customer data into their order fulfillment systems.

Other examples of disruptive innovations are the personal computer and the first transistor radio. These products changed the way people consumed music. Before these products were available to the masses, people needed to use corporate high-speed photocopy centers. The new technology made photocopying more convenient and people made more copies.

Disruptors often create a low-end foothold market for themselves by introducing a product or service that was not available before. These products and services are often cheaper than what is currently available and more convenient. This helps disruptors crush established companies.

The low-end market is an important place for disruptive innovations to start. This is because incumbents tend to focus on serving their most profitable and demanding customers and ignore their less demanding customers. As a result, their offerings often overshoot the performance requirements of low-end customers.

Similarly, entrant firms can gain an advantage by establishing footholds in new markets. One example of this is the Swedish furniture company IKEA, which initially opens a single store in a new country as a showcase for its brand. Once the company gains brand recognition, more stores are opened. Another example is Merck’s acquisition of diabetes treatment firm SmartCells Inc.

Uber’s success in low-end footholders is an important factor in its growth strategy. The company’s founders did not initially target low-end customers, but they launched in a highly competitive market that already served this group. Consumers were already accustomed to hiring a taxi. As a result, they were willing to pay a higher rate to Uber.

Uber’s initial strategy was to target existing cab services, which allowed them to increase utilization and make more money. In addition, they capitalized on the excess capacity of these taxis. Uber also offered competitive pricing and cashless payment. This prompted taxi companies to respond by deploying new technologies and legal challenges. However, there are some limitations to their new business model. These issues do not prevent them from gaining a foothold in new markets.

Uber’s progression is consistent with Clayton Christensen’s theory of disruptive innovation. Disruptive innovations do not catch on with mainstream consumers until their quality increases. While Uber started out as a low-end service, it ultimately moved upmarket to disrupt taxis.

Uber has expanded rapidly into other countries. It has also begun to operate without taxi licenses in certain countries. However, this has led to regulatory and political objections. While the company is a successful technology platform, it is not without its problems. Drivers have resorted to violence against other drivers in order to gain sympathy from regulators and consumers.

The company’s initial strategy relied on the GPS technology built into mobile phones to determine where to drive. However, it is still working to improve the quality of its navigation service. In addition, it offers a feature that allows customers to rate the drivers’ performance. This allows customers to weed out unsafe and less-experienced drivers.

The legal industry as a low-end foothold

The legal industry as a low-end market has a lot of potential. Many “less demanding” customers are looking for legal advice but can’t afford it. Low-cost, “good enough” products can meet these needs without being too expensive. Fortunately, many large companies already have large provider networks.

However, there are a few key challenges facing the industry. In addition to being slow to adopt new technology, law firms have a legacy of unscalable back-office systems. For example, law firms have invested in legacy back-office infrastructure that does not support scalable interoperability across their supply chains.

Delay in bills remains a perennial source of client complaints. In addition, many clients have weaponized e-billing systems to reduce law firms’ cash receipts, while adding to law firms’ back-office costs. Moreover, these problems have eroded trust between law firms and their clients.

Disruptive technologies like Legal Tech have the potential to disrupt the industry. But these disruptive technologies are still in the early stages, and require time to move upmarket and compete for more profitable clients. As a result, incumbents may be able to assert themselves against new companies if they can establish a low-end foothold and create a scalable business model.

Despite the fact that the legal industry has become more accessible to new companies, many legal firms still remain fragmented. While new legal tech companies have a broader footprint, most focus on small, micro-markets. This means that if your firm is new to legal tech, you will be competing with companies that are already established.

As legal technology advances, lawyers are increasingly able to build new models for delivering legal services. They can leverage low-cost technology to scale and network, and can collaborate with all kinds of service providers. By adopting a “sharing economy” approach, lawyers can create a more efficient, affordable, and more effective business model.

A Risk Breakdown Structure (RBS) is a tool for managing risk. It’s a hierarchically organized depiction of project risks. These

In the process of creating a new product or service, one needs to keep in mind that while there are

Read More »
January 8, 2023 No Comments
Iteration in Scrum, The Agile Process and How Important It Is To Software Development

Scrum is an agile process, a nimble approach to developing software. The key element to a successful agile process is