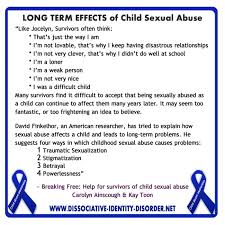 Child neglect is a complex issue. Children experience a wide range of long-term effects, including damage to their brain development and relationship with other people. In addition, neglect causes a biological stress response that has a negative impact on developing brain circuitry. It is essential to intervene early, as the consequences of neglect can affect a child’s life and future performance in academics, health, and parenting.

Childhood maltreatment can have long-term effects on the development of the brain. It can affect cognitive function, emotion regulation, and the ability to process environmental stimuli. It may also make children more susceptible to certain disorders later in life. Researchers are currently trying to understand how and why childhood maltreatment alters the brain.

The amygdala is a structure in the brain that determines our responses to emotional stimuli. In children who experience chronic neglect, the amygdala is enlarged. Individuals raised in neglectful environments may have more chronic physical complaints, more recurrent health problems, and a higher risk of developing serious mental health problems.

A large number of studies have examined the effects of childhood maltreatment on brain development. While the earliest studies used EEG measurements to detect abnormal patterns in electrical activity, more recent studies have used brain imaging to provide a more complete picture of the damage caused by neglect in the early years. Diffusion tensor imaging provides information about the brain’s white matter tracts, which allows researchers to study changes in the way circuits are wired.

In addition to physical effects, child abuse can also have emotional and behavioral consequences. These effects are often associated with toxic stress, which disrupts the development of the brain and alters its structures and function. Moreover, severe mistreatment can cause feelings of fear, distrust, and isolation, which can be carried into adulthood. These feelings may influence an individual’s ability to make appropriate decisions in adulthood.

One of the most devastating effects of child neglect is post-traumatic stress disorder (PTSD). Victims of this condition often avoid places or events that remind them of the trauma they experienced. They also often experience feelings of fear, horror, anger, shame, and guilt. These feelings can lead to depression and substance use. They can also affect their ability to succeed in school.

Researchers have found a strong association between childhood maltreatment and the development of aggressive behavior in adolescents. Children who were physically abused or neglected at an early age had increased levels of aggression. The effects were similar when children who were neglected or abused were also more likely to be incarcerated as a juvenile.

In one study, researchers found that children who had experienced neglect were less responsive to social cues at age 5. These children were more likely to attribute hostile intent to others and were less able to manage personal problems. Researchers believe that these deviant social-information-processing patterns lead to chronic aggressive behavior.

These effects are reversible. However, the negative effects of child neglect on behavior are often not immediately apparent. If detected early, intervention is essential. Children with child neglect often need highly supportive care to recover from the negative consequences of neglect.

One of the long-term effects of child neglect is its impact on relationships. Children who are severely neglected and abused often have significant barriers to developing relationships. Moreover, the biological stress response of the child can have toxic effects on developing brain circuitry. The traumatic effects of child neglect on relationships can be mitigated through effective early intervention. This can enhance a child’s educational achievement, lifelong health, and even the parenting of the next generation.

Various research studies have been conducted to evaluate the long-term consequences of child neglect. Despite the numerous findings, it remains unclear if these results are causal. Many of these studies have limitations, especially because they do not control for environmental and social factors. For example, socio-economic status, disability, and social isolation can influence the consequences of childhood neglect.

Chronic neglect has been linked to greater physical and mental health effects than active abuse. It contributes to more widespread developmental impairments than physical abuse, including stunted growth and cognitive delays. It can also lead to disruptions in executive function and self-regulation skills. In addition, 78% of child maltreatment cases in the United States involve chronic neglect.

The social context of child neglect and abuse can lead to poor outcomes, both short and long term. In many cases, children with neglected or abusive parents lack protective factors, including positive relationships with extended family and friends. Other factors that contribute to poor outcomes include socioeconomic disadvantage, family size, and caregivers with alcohol or drug use.

A large national study showed that children with a history of maltreatment showed greater levels of problem behavior than children who were not abused or neglected. The findings from this study are further supported by studies that have found a link between neglect and childhood aggression. This evidence has led to better understanding of the complex relationship between neglect and child development.

Child abuse can impact all domains of a child’s development, including cognitive, behavioural, and social development. Studies of the consequences of abuse and neglect in children have found that the effects vary widely, ranging from mild injuries to major brain damage. Furthermore, children who experience these types of maltreatment often suffer from multiple problems in the family and their environment, making it difficult for researchers to isolate the effects of child maltreatment from those of other social disorders.

Research on the long-term effects of child neglect on suicide has been mixed. Some studies have reported a weak or no association between neglect and suicidal ideation, while others report a strong association. While the study authors haven’t identified a causal link between child neglect and suicide, they do note that the severity of child maltreatment may influence the development of suicidal behavior.

A study in Taiwan found that young children who were neglected during their childhoods had a higher risk of suicide. This finding is consistent with findings in other countries. The study also found that historical abuse is a significant risk factor for suicide. The findings were published in the journal PLoS One.

The study also showed that child abuse could lead to developmental problems, including academic problems, behavioral problems, and chronic disease. Children who were exposed to abuse could also develop heart, lung, and liver problems. Their chances of becoming obese and developing diabetes were also increased. Furthermore, children exposed to physical abuse may develop depression and anxiety disorders, which lead to increased risk of suicide. These conditions can negatively impact a child’s quality of life and affect the quality of society in general.