Want To Learn C++ And Excel As A Great Developer? 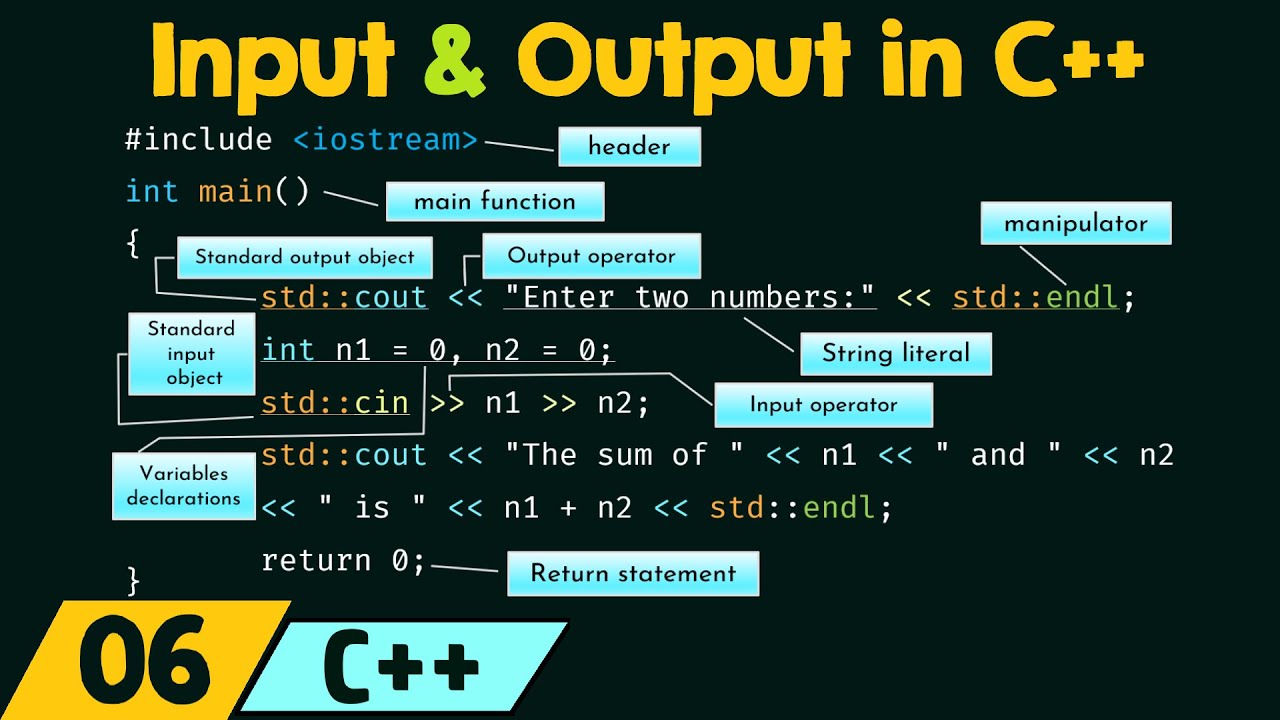 C++ is an extension of C language

C++ supports object-oriented programming, which is beneficial for many projects. It helps developers to keep the code clean by avoiding redundant data. Furthermore, it allows for more flexible and effective problem-solving. It offers all of the advantages of C and can be used in a wide range of applications.

C++ is a language that is considered an extension of the C language. It is similar to C, but is more powerful and provides more powerful features. It is also compatible with many platforms.

The C++ language supports object-oriented programming through the use of classes. Classes define the behavior of objects and can inherit that behavior from ancestors. In addition to classes, C++ also supports unions, C-style structures, and virtual functions. The following chapter explains classes and member functions.

C++ was first developed by Bjarne Stroustrup at Bell Laboratories in the 1980s. His goal was to create a programming language that combined the power of C with the flexibility of object-oriented programming. This led to the creation of classes, inheritance, and strong type checking.

Object-oriented programming is an approach to program development that makes use of classes to organize and maintain programs. Object-oriented programs are modular, separating data and functions into objects, and use the “Don’t Repeat Yourself” principle to reduce code repetition. Instead of repeating code, common code should be placed in a single place and reused. The STL also contains a variety of template classes and methods to manipulate data.

As a result, C++ supports object-oriented programming through its built-in types. Float, for example, is a built-in type in C++. This means that users don’t have to understand the underlying object representation in order to use the class. All they need to know is that the object has certain properties and can be used for certain purposes. For example, they can make deposits and withdrawals, display the account’s owner, and update its balance. In addition, C++ allows developers to change the class representation and add modules to use the class objects in different ways.

The second way C++ supports object-oriented programming is through inheritance. Inheritance lets you create new classes and add functionality to a larger application. It also allows you to create separate modules, which are useful for expanding a large application.

In C++, this is possible, allowing self-memory management to be explicitly implemented. While in C, pointers always point to the beginning of an object, in C++, pointers can point anywhere within the object. This complicates the logic for detecting reachability.

Generally, a computer comes with memory, which is a large block of data that a program needs to work properly. This memory may be allocated for various purposes. It could be used to store data structures and temporary variables. Memory management involves both memory allocation and memory deallocation, which frees up space when a program no longer needs it. In addition, C++ supports both automatic and dynamic memory management.

Although C++ doesn’t offer a philosophy, it provides mechanisms that enable programmers to control how memory is allocated and used. The programmer must decide which mechanism is appropriate for the program’s needs, including whether to use a garbage collector, RAII, or a custom memory manager.

Self-memory management in C++ is accomplished with a concept called a heap. The heap is a type of memory that can store any value. This memory is shared among all threads in an application. The heap can be used for global variables, reference types, and strings, maps, and complex data structures.

It is machine independent but platform dependent

The main difference between C++ and Java is their platform independence. C++ generates an executable image for execution on a processor, while Java generates a class file containing Java Byte Code, which requires a JVM to convert into machine-readable code. This means that C++ programs can be recompiled on many different platforms, whereas Java programs cannot.

A compiler can be machine independent but platform-independent if it supports just-in-time compilation. A JIT compiler is one solution to this problem. A JIT compiler will convert Java code to bytecode in a matter of seconds. The JVM will then execute the program.

Java supports a byte-code format, which is an intermediate language that can run on any platform. This means that Java code doesn’t need to be rewritten for different platforms.

It is easier to teach and learn C++

Compared to other languages, it is easier to teach and learn C++. For starters, there are many libraries and tutorials online. Many of them are free, and they will get you up to speed with the basics. You can also buy books that explain advanced C++ syntax. These books usually contain more information than online tutorials, and they are written by experts in the field.

If you are new to programming, C++ is a good choice. It is not as complex as Java or C, so it’s ideal for beginners. It also lacks many of the features of C and Java, including garbage collection and inheritance. It’s still okay for beginners, and it has more opportunities in the job market.

Another benefit of C++ is its large, supportive community. Since C++ is a long-standing programming language, most programmers all over the world study it. This means that you can benefit from the huge support of a large community, which makes learning the language much easier and flexible. Many programmers out there are also creating resources that can help you learn C++.

The best way to learn C++ is to read code written by expert developers and focus on projects that are written with comments. These comments will help you avoid getting stuck in your code and help you understand how the language works. It is also important to ask for help if you get stuck. A mentor or an experienced developer will help you learn C++ and keep you from giving up.

C++ is the evolution of C and adds object-oriented programming features. C++ are commonly used for many tasks.  Once you feel confident with C++, you can become a Software Developer.