What is Load Testing? Hint: It’s magical and innovative! 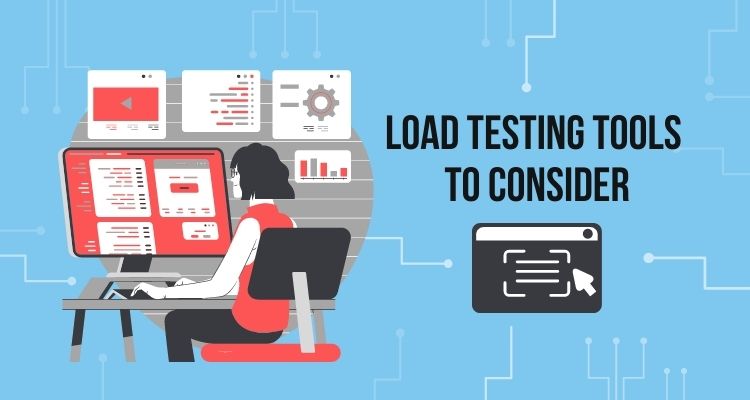 Load Testing is a process of putting demand on a system and examining its response to that demand. This process helps determine how well a system will handle a large amount of traffic. Usually, the tests are carried out in a simulated environment with a variety of different users.

A load test is a complex task and can be complicated. The first step is to determine what services or functions you’d like to test. You should focus on the most critical services first and then work your way down the user journey. After deciding what services to load test, you should create a dedicated load testing environment. Identify your load test scenarios and transactions and set up a test environment that mimics them.

Before you begin load testing, you should make sure that your application is stable. You should have your functional testing team sign it as functionally stable, and make sure there are no major defects before copying the build to a load testing environment. You should also set up your test environment as closely as possible to your production environment, so that it mimics the actual user experience. The load environment should have the same number of servers, firewall configurations, and other factors as your production environment. The test scenarios should mimic what a real user would do to access your website.

To ensure consistency, you should define the test scenarios in advance. It is also important to include information on the expected result of each step. Creating a single test case is best if it does not contain conditional branches, as these will increase the time it takes to test each script’s function. During the test, certain inputs will present different options than others, and the test script should stop when it encounters them. Moreover, it is vital to plan for the extra time required for testing, and include that time in the development plan.

A load test is an important step in the development process. It will help identify problems before a large volume of traffic hits a system. The failure of a component during testing will not always show up in the live system, but it will give the testing team enough time to fix any problems and verify that they were successful.

A failure in load testing can occur for a number of reasons. The most common cause is a network problem. This problem can be simple or bizarre. One test we ran recently was interrupted by an unexpected network redirect. Although the test appeared to progress in a predictable way, it suddenly started to increase page errors and response time. The network was having some trouble reaching the application layer, which caused the test to be halted.

The purpose of load testing is to identify bottlenecks in the system, including the servers, databases, and client-side devices. Especially important is testing the end user experience. If the server cannot handle the load, the application could crash and become unusable. This can have devastating effects on a business, so ensuring the system is ready for peak user volumes is crucial.

The two main types of load testing tools are commercial and open-source. Open-source tools are often free to use, while enterprise-grade tools can be more expensive. Both types of tools have their pros and cons, and choosing the right one depends on your requirements.

Apache jMeter is a widely used open-source load testing tool. It helps developers measure the performance of web applications and other services. The tool can test both static and dynamic resources. It also simulates heavy loads on servers. It also provides an analysis of the overall performance of a system under different load types.

WebLOAD is an enterprise-grade load testing tool that offers advanced features. It is a desktop-based application that can generate realistic load scenarios. Moreover, it supports cloud-based load generation and integrates with a variety of tools. The platform is highly customizable and can accommodate complex testing requirements.

Impact of not performing load testing

One of the most common problems encountered during a load test is the emergence of network issues. While some of these issues are simple and easily fixable, others can be quite bizarre. One such problem I encountered happened when I was testing an application with 500 virtual users. It started to run out of resources and the response time skyrocketed. This was due to an unexpected network redirection.

Load testing is an important part of any software development process. Without it, your applications can become underperforming and frustrate users. This is especially important for Saas applications and the internet. A website that is slow to respond or crashes can cost you customers and revenue. In a software application environment where customer expectations are high, you need to make sure your application can handle the demands placed on it.