What is Nuclear Energy? 3 Incredible Types Being Used Worldwide 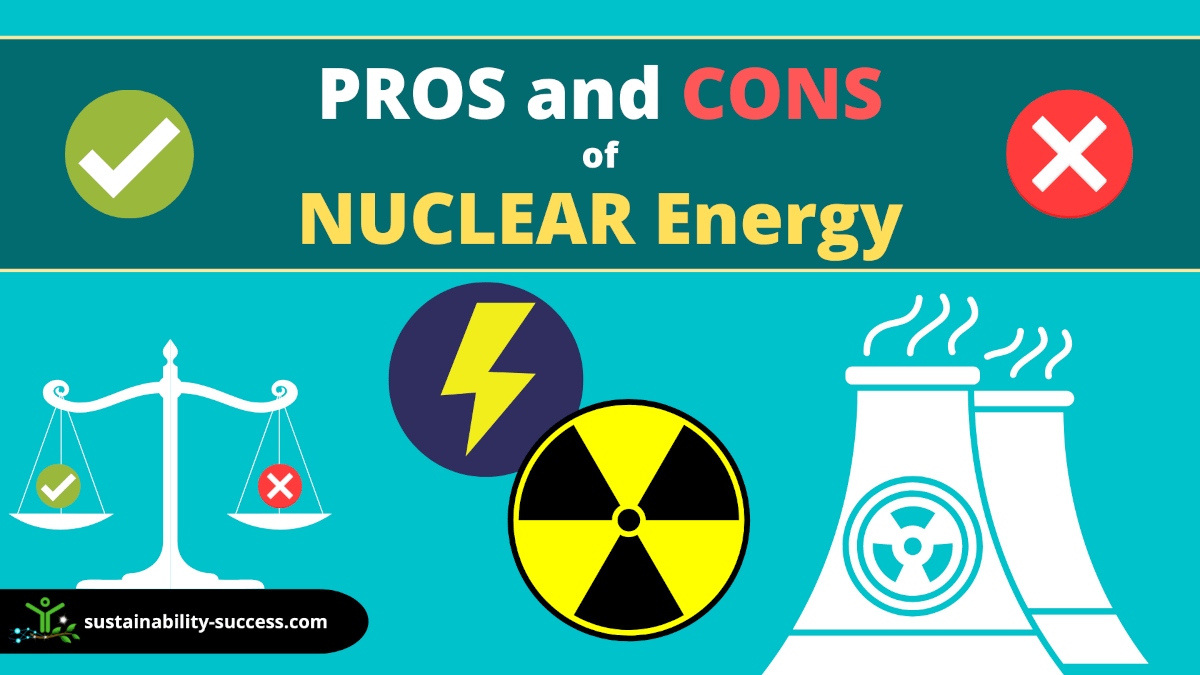 If you are interested in alternative energy sources, you might want to know what is nuclear energy. This is a type of energy that is produced from a uranium chain reactor. It is considered an advanced form of energy production that is gaining popularity, especially in countries that are in need of alternative sources of energy.

Nuclear fusion is a process by which two or more atoms combine to form a heavier element. The heat produced from this process can be used to turn turbines, warm water and create steam. This provides a reliable source of clean, carbon-free energy.

Scientists have studied nuclear fusion for decades. Its properties are unique, and it has the potential to provide a sustainable source of energy. However, there are several unresolved engineering challenges. In addition, the fuel used to generate the energy would have a shorter half-life than that of fission fuel.

Fusion research is led by the United States, China, Russia, Korea and the European Union. Several private fusion companies are also working on this technology.

One of the key projects in this field is the International Thermonuclear Experimental Reactor (ITER). A collaborative effort of six nations, including the US, France, Italy and Japan, the reactor will operate in southern France.

ITER will begin operations in approximately a decade. Although it is still too early to know for sure how it will work, initial designs are in place. Many scientists believe that a fusion power station could produce the same amount of energy as burning 10 million kilograms of fossil fuel.

The International Thermonuclear Experimental Reactor will be a massive machine, roughly 30 metres high. At its core is a tokamak, or a large cylindrical vessel with a ring of fuel in the middle. During its operation, it will be capable of producing 500 terawatts of power.

ITER is designed to produce the world’s largest fusion reaction. It is intended to be a crucial experimental step between today’s fusion research machines and tomorrow’s fusion power plants.

Scientists announced last week that they had reached a major milestone in the nuclear fusion process. They successfully focused 192 laser beams on a small target in less than a billionth of a second. This reaction is considered a world record and has particular significance for nuclear weapons scientists.

The US National Ignition Facility is an inertial confinement fusion research facility located at Lawrence Livermore National Laboratory in California. It was originally designed to study reactions generated by thermonuclear explosions.

An uranium chain reactor is a type of nuclear reactor. It is a very simple and effective way of generating energy. When a neutron hits a uranium atom, the uranium atom splits, releasing large amounts of energy. This energy is released in the form of heat.

The first man-made nuclear chain reaction was created in 1942 by Enrico Fermi. He and a team of scientists at the University of Chicago began construction on a small nuclear reactor in a squash court under the athletic stadium.

After the initial success of the first atomic pile in 1942, the Manhattan Project developed its focus towards developing two types of bombs. One would be an effective plutonium bomb, and the other would be a reliable high-yield criticality excursion.

Enrico Fermi and his research team were working with uranium for several years. His group believed that uranium could undergo fission. During the fission process, a neutron irradiated the uranium atom, causing it to split.

Using a combination of graphite bricks and a cubical lattice, Fermi and his colleagues constructed a model of a nuclear chain reactor. During the tests, the pile achieved a critical mass.

In 1941, Fermi proposed designing a uranium chain reactor. He suggested placing uranium in a matrix of moderating material, such as graphite. He also suggested that the material used should have a high purity.

As the project progressed, two “construction” crews worked around the clock. The first was under Zinn, while the second was under Anderson.

While the experiments were going on, Marie Curie and her co-workers noticed that a mysterious substance was being produced. At the time, scientists thought it was radium, but after fractional crystallization, it turned out to be a rare earth element. They separated the mystery element from barium, and realized that the latter was the carrier for the radioactive isotopes.

On 2 December 1942, the Chicago Pile-1 reactor was successful in producing a criticality. A number of Transuranium elements were discovered, including thorium and actinium. However, some anomalies still remained.

Before the creation of the first uranium chain reactor, several manufacturers attempted to produce uranium metal. With the development of nuclear fuel, techniques for enriching uranium were improved.

Pumped hydroelectric storage is a form of energy storage that uses water to generate electricity. These systems are most suitable for the storage of energy when a power system is experiencing peak load or for storing excess power produced during off-peak hours.

It has a long history and has been used in various forms for centuries. However, pumped hydropower has not been built on a large scale in recent decades. This is mostly due to high costs, environmental concerns and the introduction of alternative storage technologies.

Currently, there is about 31 GW of pumped storage installed in the USA. The US Department of Energy released a report in 2016 entitled Hydropower Vision Report that projects the capacity will be doubled by 2050.

Iberdrola has also launched an ambitious project on the River Tamega in northern Portugal. There are three plants at the complex that will produce about 1,766 GWh per year. They can meet the power requirements of the Braga and Guimaraes regions, as well as the neighboring towns.

Another proposed project is the Gordon Butte Pumped Storage Hydro Project, a 1.3 GW project located east of Portland, Oregon. The facility will use excess wind power generated by the 665 MWe of wind turbines located at the site.

The Goldendale Energy Storage Project is the largest of its kind in the region. It will pump water from a reservoir at the base of the mountain to an elevated reservoir. Using a closed-loop approach, the system will avoid the need for costly and environmentally-destructive dams.

A new design is increasing the number of potential sites for pumped hydroelectric storage. It harvests energy by pushing water underground and spinning a turbine.

Increasing demand for electricity, as well as blackouts and power outages, is driving the need for energy storage on a large scale. Today, pumped storage hydropower is considered a key component of a clean, safe and reliable grid.

The International Energy Agency projects that 27 GW of pumped storage will be installed worldwide by 2040. The Goldendale project, along with other new proposals, is adopting a closed-loop system to minimize the environmental impact of the project.

The United States is faced with a choice about which energy source to focus on – nuclear energy or alternative energy sources. A new survey by the Center for American Progress finds that the public is divided between the two. While most Americans say they support a mix of fossil fuels and renewables, some still see a need to eliminate fossil fuels completely.

Republicans tend to favor fossil fuels, while Democrats tend to tilt towards alternative energy. Yet, as the survey shows, a growing number of voters are expressing concern about the reliability of these alternatives.

Even with these concerns, most voters believe that switching to a renewable energy-based energy supply would benefit the local economy. This includes jobs in the energy sector. And a majority anticipates that a switch to renewable energy production would improve air and water quality.

In contrast, one-in-five Americans are concerned about the reliability of renewable energy sources. These concerns are particularly acute among the younger generations.

As with other options, renewables can be expensive. But the cost per kilowatt-hour at the source is less when compared to other methods. However, generating utilities need to employ efficient technologies to make use of these resources.

There are also a variety of renewable energy policy initiatives in place. These include energy tax exemptions and special feed-in tariffs. Some countries have even enacted policies that require the development of renewables.

The question of which alternative energy sources to choose also raises the question of how to integrate these options into the grid. Wind and solar are among the top choices.

One of the main reasons for this is their ability to generate electricity without carbon dioxide emissions. Additionally, both wind and solar are variable and require backup generating capacity. Because of these factors, integrating them into the grid is problematic.

Despite this, however, many countries are moving forward in meeting the growing demand for electricity. China and India have pledged to build 78 gigawatts (GWe) of renewable power capacity by 2030.

The use of Nuclear energy is a relatively clean and zero-carbon option. Despite its high production costs, it has tremendous price stability. Moreover, it creates twice as many jobs as coal and natural gas plants.